Excerpt of the agreement is below

Based on the renewable energy policy and ultimatum issued by the government, EVN EPTC and Fujiwara Binh Dinh entered into the Agreement as below.

In case it is connected to the grid by June 30th, 2019, power purchase price is 2.086VND/1kWh (0.935USD) applicable for 20 years (According to the 11th written decision in regards to encouragement system for Solar power generation projects in Vietnam issued by the Prime Minister of Vietnam as of April 11th, 2017). 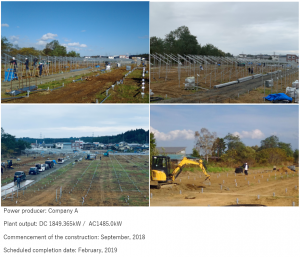 The clean energy project by Renewable energy development strategy was approved until 2030 by the government . VietinBank has made a commitment to finance 12,000,000,000,000 VND（approx. 600 million yen）the above project in pursuit of Renewable energy development strategy’s advancement. According to this strategy, the total solar power production shall increase up to 850MW by 2020, 12,000MW by 2030.

Fujiwara inc sponsored the Sri Lanka Festival held between August 4th (Sat) and August 5th (Sun) in Yoyogi Park. It is the biggest festival in Japan to introduce local Sri Lankan foods, culture, atmosphere in their 14th edition.
Speaking of local foods, it is a great chance to try Sri Lankan hoppers, cutlets and string hoppers. 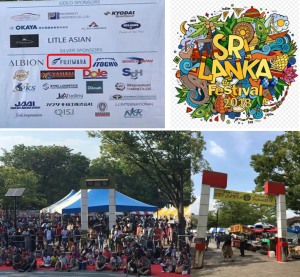 On July 3rd, 2018 Mr. Osamu Kimura – the representative director of Fujiwara inc has paid a courtesy visit to the Honorable president Maithripala Sirisena. This was the first time Kimura visited the Hon. President. They discussed about the development of renewable energy and agriculture in Sri Lanka. The Hon.President was positively impressed and they agreed on doing a joint project in Sri Lanka near future. 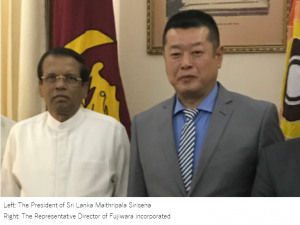 【March 15th, 2018 Ministry of Agriculture, Forestry and Fisheries publication】 The period for first conversion of agricultural land has been extended from 3 years to 10 years

Must see for those who are interested in Solar sharing projects!

Visit the link below to check the press release from Ministry of Agriculture, Forestry and Fisheries dated on May 15th

The 2 out of 4 best practices are Fujiwara inc’s projects. 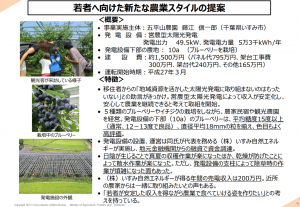 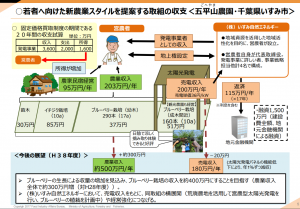 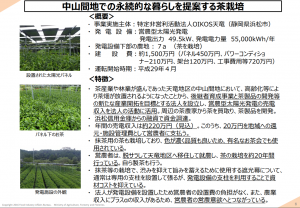 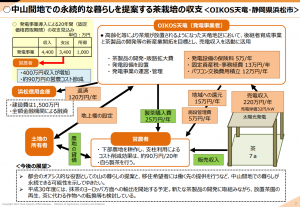 We are eager to work continuously for Japan’s self sufficiency in energy and food. 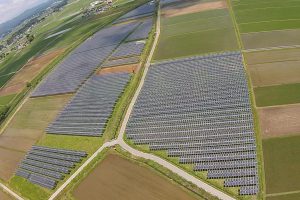 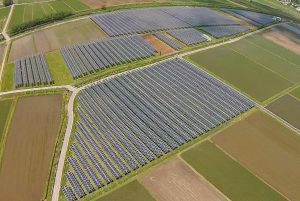 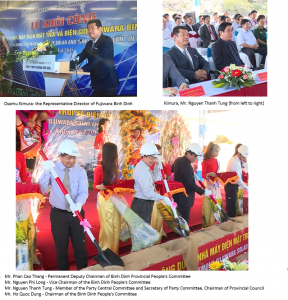 This project aims to implement a Solar Wind project in 60ha land with a total investment of 7 billion yen (1.4 trillion Vietnam Don). The total capacity is 100MW with the wind project, and it will be connected to the grid by February, 2020. These projects will greatly contribute to the Vietnam’s electricity business.

The total investment amount is approximately 7 billion yen (1.4 trillion Vietnam Don), and the Vietnamese government stated that the government will give full support to the project since they expect the project to bring huge benefit to Binh Dinh province.

Mr. Osamu Kimura- the Representative Director of Fujiwara, expressed his gratitude towards the Vietnamese government and expressed their continuous effort for Vietnam’s energy supply. 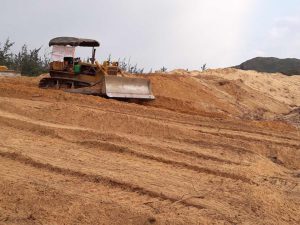 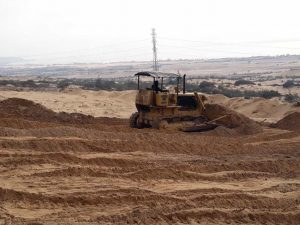 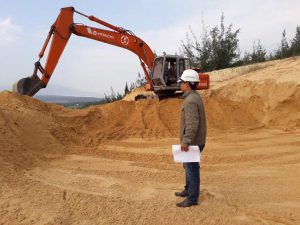 ※Photos taken at the project site